The Disneyland Half Marathon

This past weekend my wife, Jennifer, and I took off for a mini vacation. We headed to the second happiest place on earth, Disneyland (Disney World is the happiest), to run their labor day half marathon. 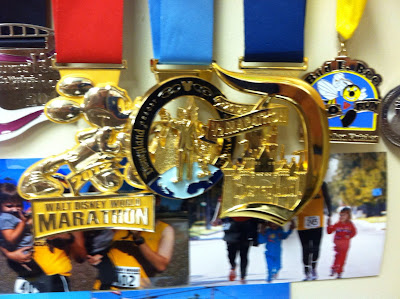 This trip was a complete surprise for us. Jenn and i wanted to run the Disneyland half from the day that we crossed the finish line at the Disney World full marathon. We wanted to earn the “coast to coast” medal that is given to runners who complete a half marathon or greater on both sides of America. We didn’t sign up for it originally since we were making two mortgage payments at the time of the marathon and had no clue when we would be free from our Duncan property. Registration opened and closed a record 35 days later for the DL half. Jenn and I were saddened but went on training for other local marathons.

A few weeks ago my parents were joking with my wife that if she would find a way to register they would fly us out there. Challenge accepted. Jenn called me and I got to work. Official registration was closed. Disney held a no transfer policy. We looked at several nonprofits who still had spots but would have had to raise an enormous amount of cash for their charities in a very short period of time. Finally I found a travel agency who had a few spots left. They gave us the ability to register for the race plus gave us discount tickets to the park. The deal seemed to good to be true. It was legit.

Disney races are unlike any other races I have ever run. When it comes to the half marathons my wife and I are used to, they are small town affairs with 200-1000 people at the most running. We are used to few amenities and cheap medals which are prefabricated. Disney is a whole other animal. This race had 17,000 runners. The course was filled with marching bands, cheer leaders, boy scouts, Disney performers and even 2 miles of classic cars. Disney medals are custom creations. Disney takes an ordinary race and makes it extraordinary.

What Disney also has that most of our other races don’t is a huge group of first time runners. There was also a huge group of people who walk the entire race route. I never want to complain about new runners. I was one last year. That said, with the mix of walkers plus 17,000 people jammed into the small streets of Disney, the happiest race on earth became the most crowded race on earth.

This race was so crowded that at one point it bottle necked to nearly a full and complete stop. Out of frustration I leaned over to my wife and said “why would you walk a half marathon?” Over the course of the rest of the race I contemplated this question while ducking and dodging runners and walkers throughout this crowded course.

Marathoning has given me a new lease on life. I have more energy, I think I am happier and the health issues I needed to fix we’re fixed. All of that said, though marathoning has improved my life, it has not given me life. True life is only found in Jesus Christ.

This week at church we are going to look at a passage where Jesus offers life change to a woman worn and beaten by the sins in her life. Jesus tells her that any physical solution will only satisfy her temporarily. He then tells her that he could offer her something greater than any temporary solution. Jesus offers her an eternal solution, Himself.

When I run I get the “runners high”. When I’m done running it wears off. In running there is no greater feeling than crossing the finish line and receiving a medal. After a few days the medal becomes just another decoration on the wall. After all is said and done, the life change that running gives is something that will be gone the moment that you stop running. The life change that Jesus gives is a life change that won’t fade as our strength fades, but will remain forever since it is rooted in Jesus Christ and not me. 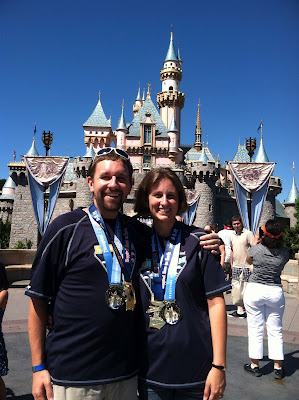